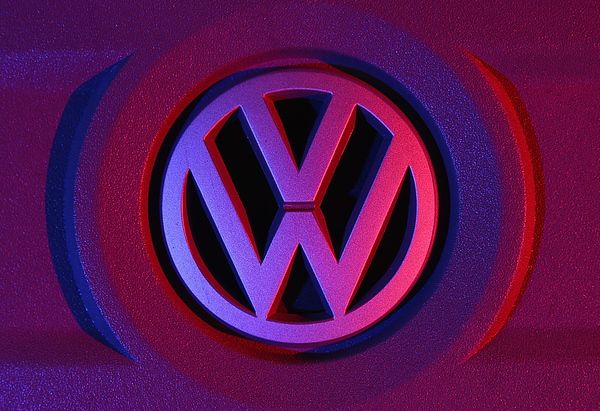 BERLIN, GERMANY - OCTOBER 06: The Volkswagen logo lies embedded in the top of a Volkswagen 2.0 turbodiesel engine of a 2014 Volkswagen Passat passenger car affected by the Volkswagen diesel emissions software scandal on October 6, 2015 in Berlin, Germany. Volkswagen has admitted that 8 million cars and light trucks in Europe alone are affected by the software the company deliberately installed in order to manipulate diesel emissions results under testing conditions. Since news of the issue broke two weeks ago Volkswagen's share price has dropped by over 40% and the company faces investigations and fines in countries across the globe. (Photo by Sean Gallup/Getty Images)