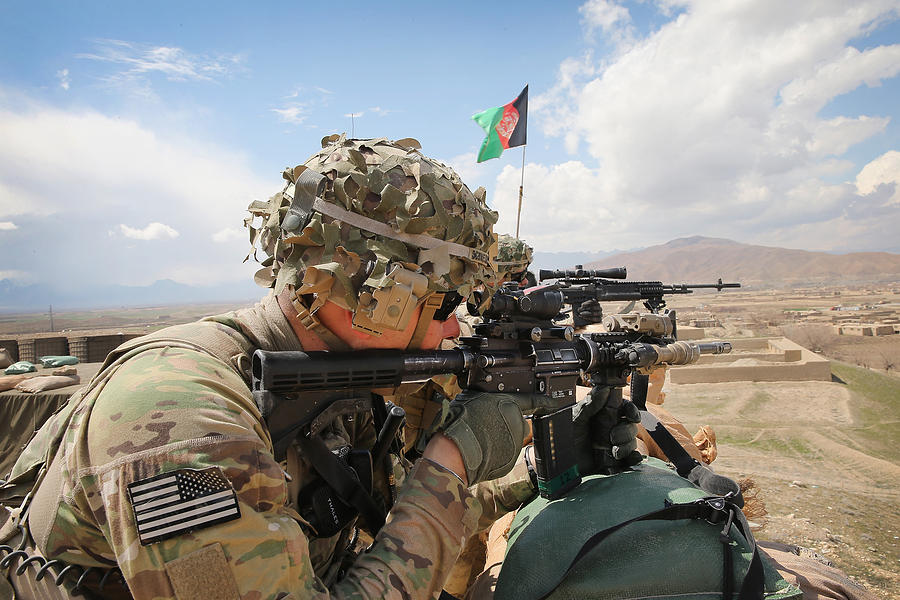 PUL-E ALAM, AFGHANISTAN - MARCH 29: SGT Kurtis Scheinder from Detroit, Michigan with the U.S. Army's 2nd Battalion 87th Infantry Regiment, 3rd Brigade Combat Team, 10th Mountain Division keeps watch from inside an Afghan National Army (ANA) outpost during a patrol outside of Forward Operating Base (FOB) Shank on March 29, 2014 near Pul-e Alam, Afghanistan. The primary mission of soldiers with the 10th Mountain Division stationed at FOB Shank is to advise and assist Afghan National Security Forces in the region. The soldiers continue to patrol outside the FOB in an effort to decrease rocket attacks on the FOB from the nearby villages. Security is at a heightened state throughout Afghanistan as the nation prepares for the April 5th presidential election. (Photo by Scott Olson/Getty Images)