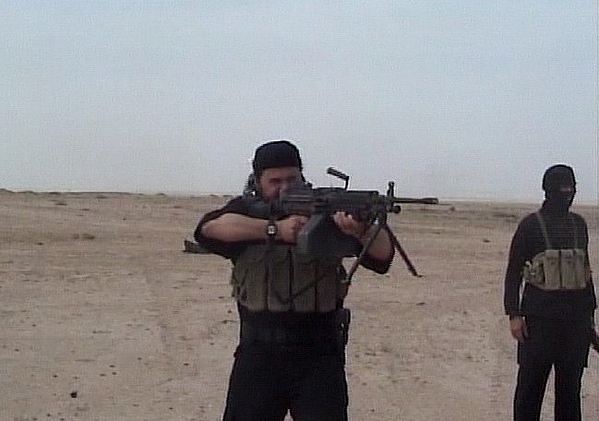 UNDATED: In this image from a video released May 4, 2006 by the U.S. Department of Defense, Abu Musab al-Zarqawi, purportedly the leader of al-Qaida in Iraq, is shown firing a machine gun in a video that according to the U.S. military was found by U.S. forces during raids on alleged terror safe houses in Iraq. The outtakes from the video were used during a breifing by Gen. Rick Lynch, spokesman for the U.S. command, to poke fun at al-Zarqawi because he had trouble firing a reportedly U.S. machine gun. (Photo by U.S. Department of Defense via Getty Images)