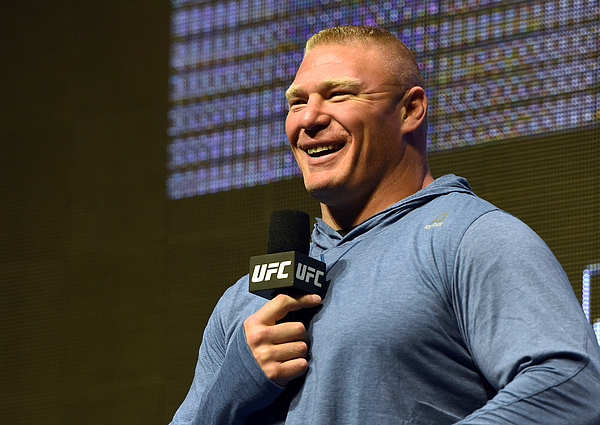 LAS VEGAS, NV - JULY 07: Mixed martial artist Brock Lesnar smiles as he takes questions from members of the media during an open workout for UFC 200 at T-Mobile Arena on July 7, 2016 in Las Vegas, Nevada. Lesnar will face Mark Hunt on July 9 in Las Vegas in a heavyweight bout that will serve as UFC 200's main event after Jon Jones was pulled from his light heavyweight title fight against Daniel Cormier due to a potential violation of the UFC's anti-doping policy. (Photo by Ethan Miller/Getty Images)