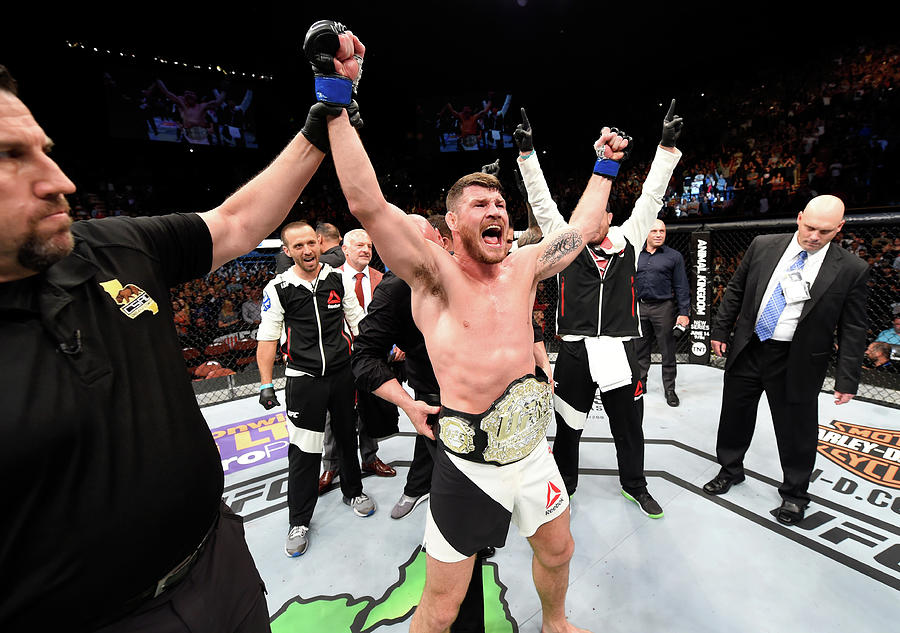 INGLEWOOD, CA - JUNE 04: Michael Bisping of England celebrates after his first round knockout win against Luke Rockhold in their UFC middleweight championship bout during the UFC 199 event at The Forum on June 4, 2016 in Inglewood, California. (Photo by Josh Hedges/Zuffa LLC/Zuffa LLC via Getty Images)