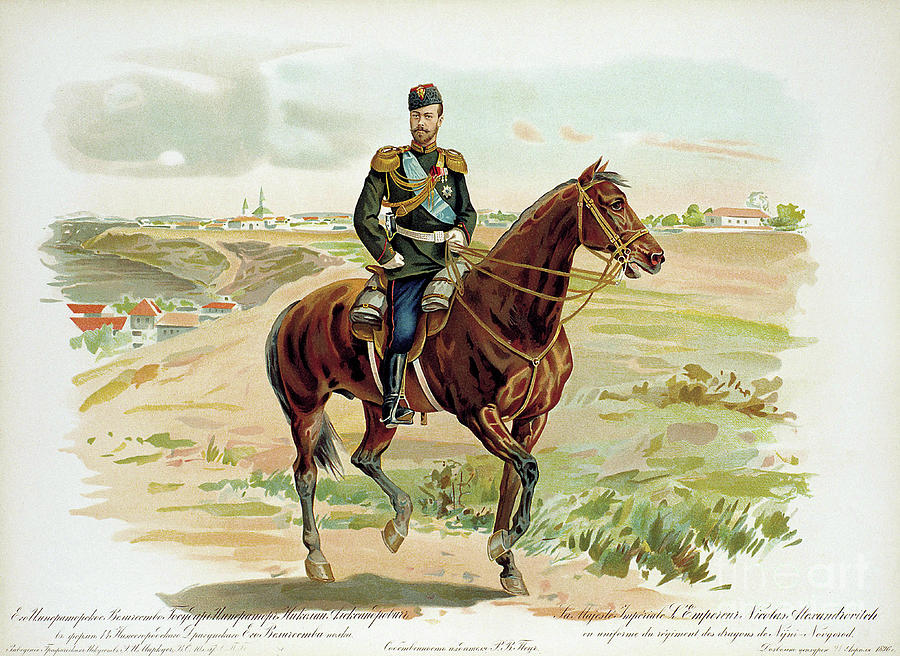 Tsar Nicholas II of Russia in the uniform of the Nizhny Novgorod Dragoon Regiment, 1896. Nicholas (1868-1918) succeeded his father, Alexander III, as Emperor of Russia in 1894. He was forced to abdicate after the Russian Revolution in 1917 and, together w (Photo by Fine Art Images/Heritage Images/Getty Images)