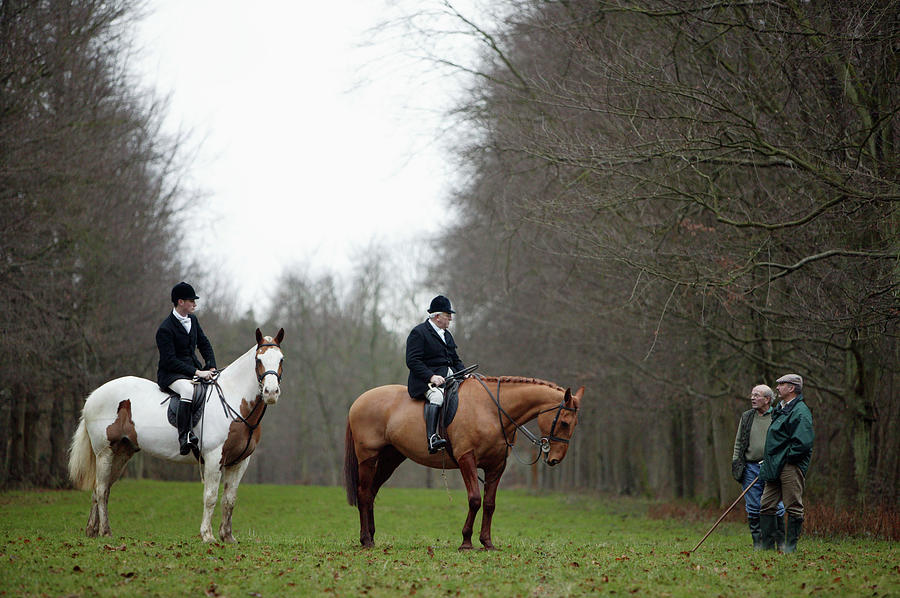 GLOUCESTERSHIRE, ENGLAND - DECEMBER 26: People participate in the traditional fox and hound hunt on boxing day, December 26, 2003 in Gloucestershire, England. Despite the rain many countryside supporters turned out in support of the hunt, a controversial tradition in the countryside of England. A bill deciding the future of the hunt is currently in sitting in English Parliament. (Photo by Brent Stirton/Getty Images)