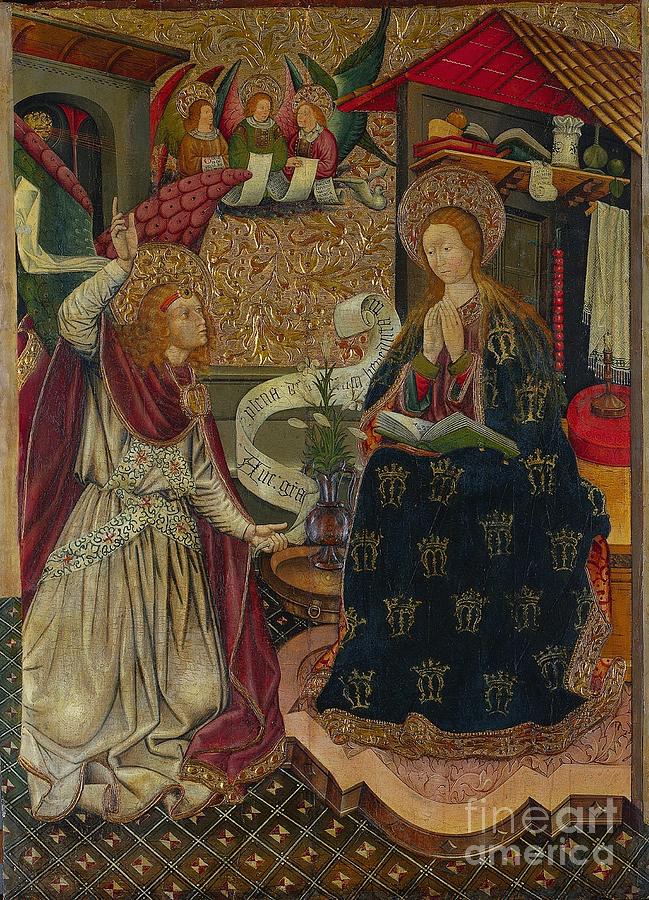 The Annunciation, circa 1457. This is believed to be the one of two remaining components of a six-panel altarpiece. The large central panel is now preserved in Barcelona (Museu National d?Art de Catalunya). Ferrer collaborated with the painter Pere Garcia de Benavarri on this commission. Spanish works like these often feature elaborate treatment of the gold background, evident here in the exuberant raised decoration (called pastiglia) in the skies and the haloes, as well as other details. Here the Archangel Gabriel proclaims the Virgin?s destiny as the mother of Christ. The setting is an ordinary house, but simple objects have symbolic meaning. The lilies represent the Virgin?s purity; the covered jar and water carafe symbolize inviolability; the pomegranate symbolizes Christ?s resurrection, while the apple alludes to humankind?s fall from grace. The two books, closed and open, refer respectively to the Old and New Testaments: one foretelling and the other fulfilling the promise of the messiah. Creator Albrecht Dürer (German, 1471-1528). (Photo by Heritage Arts/Heritage Images via Getty Images)