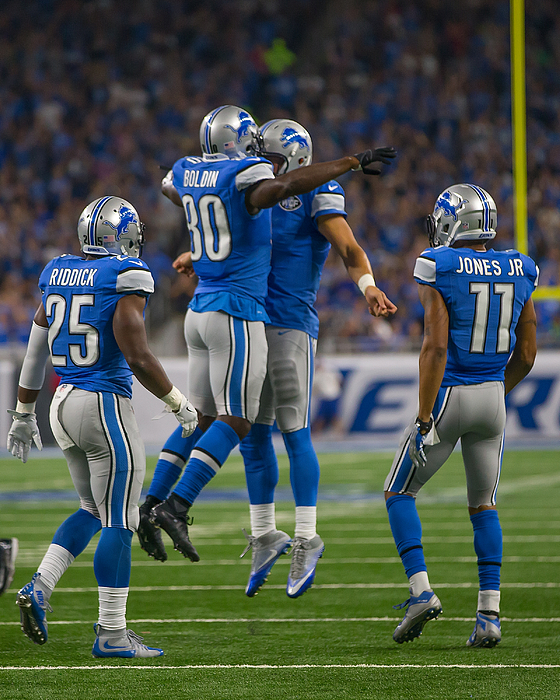 DETROIT, MI - SEPTEMBER 18: Anquan Boldin #80 of the Detroit Lions celebrates with teammate Matthew Stafford #9 after scoring a touch down in the first quarter against the Tennessee Titans during an NFL game at Ford Field on September 18, 2016 in Detroit, Michigan. Titans defeated the Lions 16-15. (Photo by Dave Reginek/Getty Images)