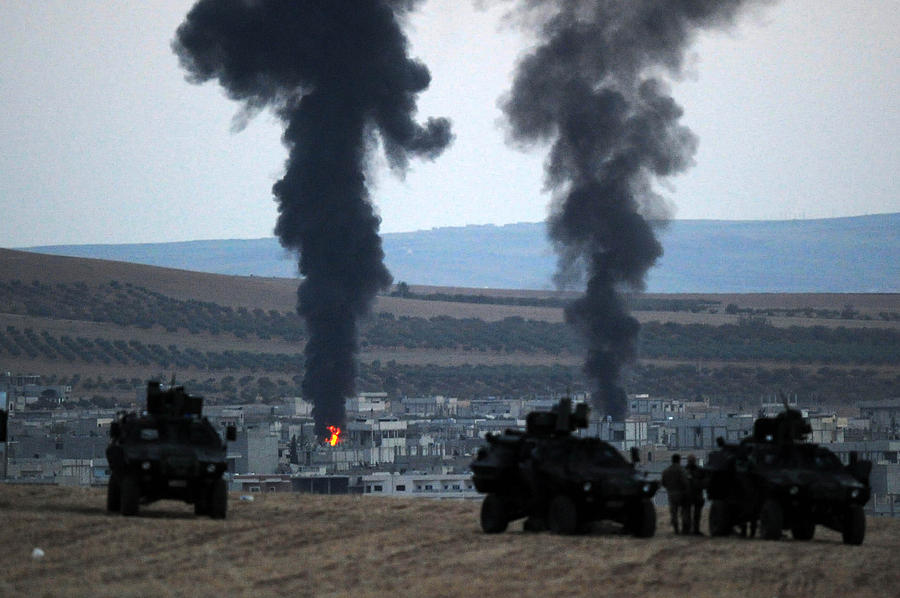 Syrian Kurds Battle IS To Retain Control Of Kobani

Syrian Kurds Battle IS To Retain Control Of Kobani

SANLIURFA, TURKEY - OCTOBER 26: Thick smoke raises from the Syrian town of Kobani as Turkish soldiers stand guarded in the Turkish side of the border during fighting between Islamic State militants and Kurdish People's Protection Unit (YPG) forces, as seen from the Mursitpinar crossing on the Turkish-Syrian border in Sanliurfa province October October 26, 2014. The Syrian town of Kobani has yet again seen fierce fighting between Islamic State and Syrian Kurdish forces. Since mid-September, more than 200,000 people from Kobani have fled into Turkey. (Photo by Kutluhan Cucel/Getty Images)