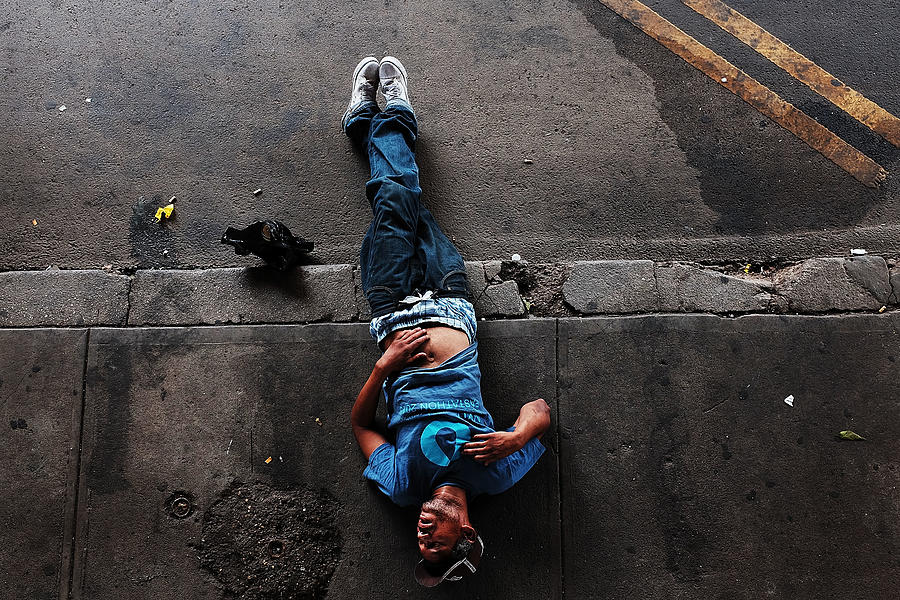 Synthetic Marijuana, Or K2, Use On The Rise In New York City

Synthetic Marijuana, Or K2, Use On The Rise In New York City

NEW YORK, NY - AUGUST 31: A passed out man lies on a sidewalk in an area which has witnessed an explosion in the use of K2 or 'Spice', a synthetic marijuana drug in East Harlem on August 31, 2015 in New York City. New York, along with other cities, is experiencing a deadly epidemic of synthetic marijuana usage including varieties known as K2 or 'Spice' which can cause extreme reactions in some users. According to New York's health department, more than 120 people visited an emergency room in the city in just one week in April. While the state banned the ingredients used to make K2 in 2012, distributors have switched to other ingredients and names in an attempt to circumvent the law. (Photo by Spencer Platt/Getty Images)