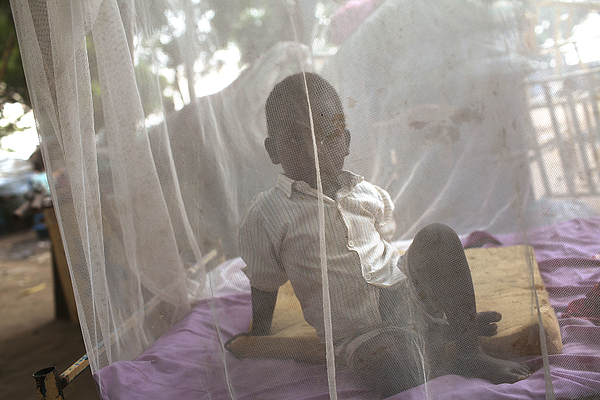 JUBA, SUDAN - JANUARY 07: A boy sits under a mosquito net in a camp for internally displaced Sudanese from Khartoum at a port in the southern Sudanese city of Juba January 7, 2011 in Juba, Sudan. Thousands of Sudanese have poured into the south of the country from the north before an independence referendum. South Sudan, one of the world's poorest countries, is preparing for an independence referendum to take place this Sunday following a historic 2005 peace treaty that brought to an end decades of civil war between the Arab north and predominantly Christian and animist south. The south is expected to vote around 99 percent to secede from the north which will also give it a majority of Sudan's oil. The result is expected to split Africa's largest country in two. Over two million people were killed in the north-south civil war which began in the 1950s. (Photo by Spencer Platt/Getty Images)