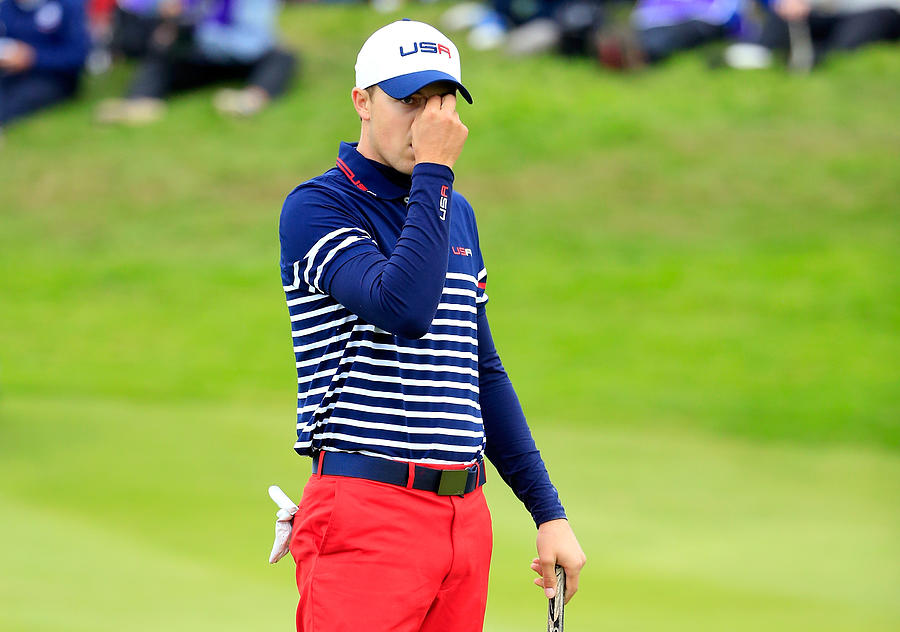 AUCHTERARDER, SCOTLAND - SEPTEMBER 28: Jordan Spieth of the United States reacts after missing a putt on the 16th hole during the Singles Matches of the 2014 Ryder Cup on the PGA Centenary course at the Gleneagles Hotel on September 28, 2014 in Auchterarder, Scotland. (Photo by Harry How/Getty Images)