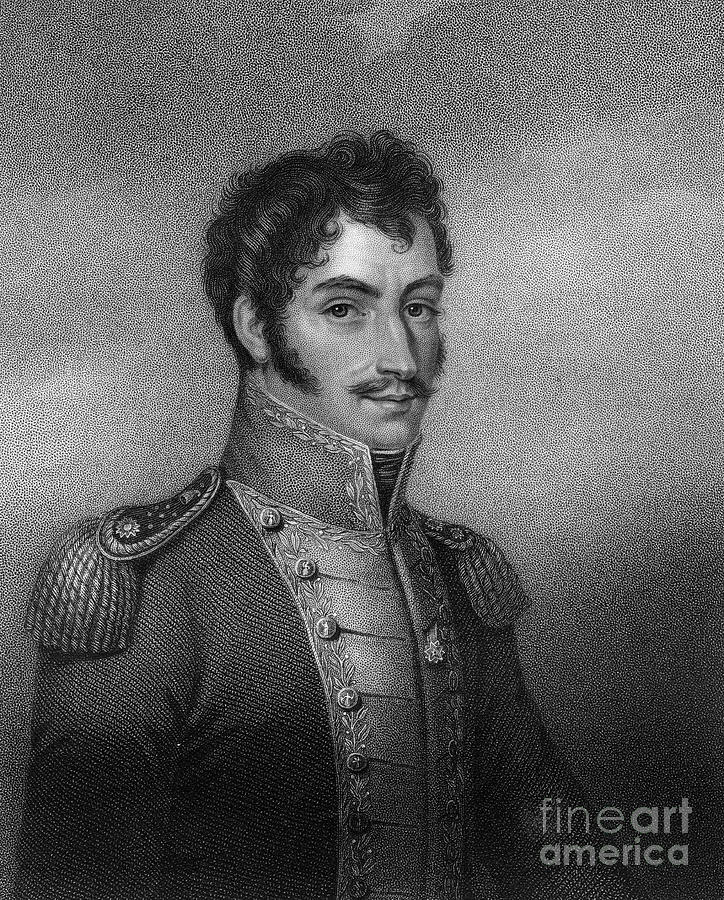 Simon Bolivar, 19th century South American revolutionary, (1836). Bolivar (1783-1830) is known as the 'Liberator' of South America from Spanish rule. The son of a Venezuelan aristocrat he led a series of revolutions in Spanish-ruled South America, leading to the creation of the independent states of Colombia (1819), Venezuela (1821), Ecuador (1822), Peru (1824) and Bolivia (1825). He served as President of Colombia (1821-1830) and Peru (1823-1829). Bolivar envisaged the establishment of a league of Hispanic South American nations, but the countries he had liberated began to quarrel amongst themselves. Disillusioned, Bolivar left for Europe, but died on the journey. (Photo by The Print Collector/Print Collector/Getty Images)