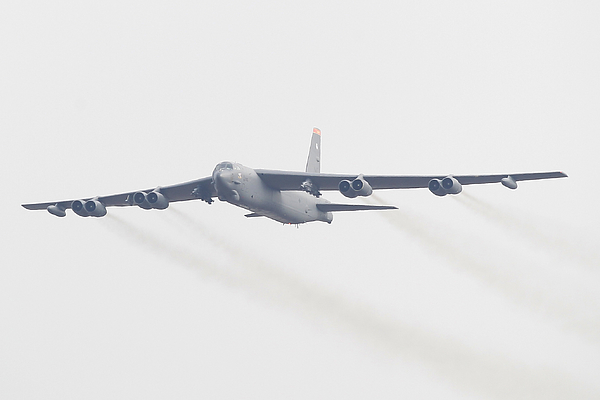 PYEONGTAEK, SOUTH KOREA - JANUARY 10: A U.S. Air Force B-52 bomber flies over Osan Air Base on January 10, 2016 in Pyeongtaek, South Korea. South Korea and the United States have deployed the B-52 Stratofortress, a long-range strategic bomber over the Korean Peninsula three days after North Korea said it has tested a hydrogen bomb. (Photo by Chung Sung-Jun/Getty Images)