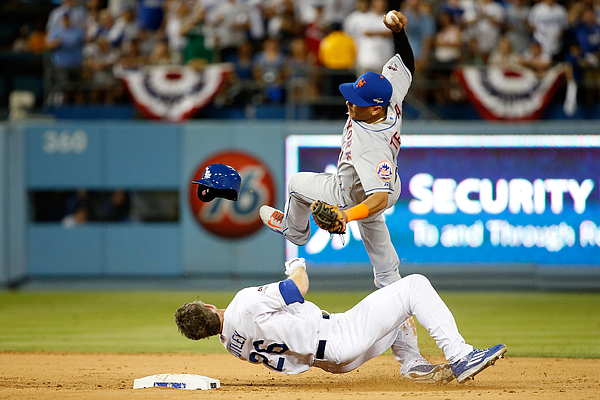 LOS ANGELES, CA - OCTOBER 10: Ruben Tejada #11 of the New York Mets is hit by a slide by Chase Utley #26 of the Los Angeles Dodgers in the seventh inning in an attempt to turn a double play in game two of the National League Division Series at Dodger Stadium on October 10, 2015 in Los Angeles, California. (Photo by Sean M. Haffey/Getty Images)