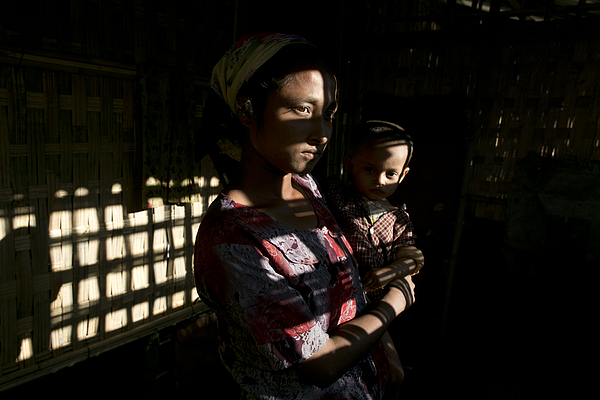 SITTWE, MYANMAR - NOVEMBER 25: Amina Khatu,22, holds her son Ahmed, 2, inside a thatched hut at a crowded IDP camp November 25, 2012 on the outskirts of Sittwe, Myanmar. An estimated 111,000 people were displaced by sectarian violence in June and October effecting mostly the ethnic Rohingya people who are now living in crowded IDP camps racially segregated from the Rakhine Buddhists in order to maintain stability. Around 89 lives were lost during a week of violence in October, the worst in decades. As of 2012, 800,000 Rohingya live in Myanmar. According to the UN, they are one of the most persecuted minorities in the world. (Photo by Paula Bronstein/Getty Images)