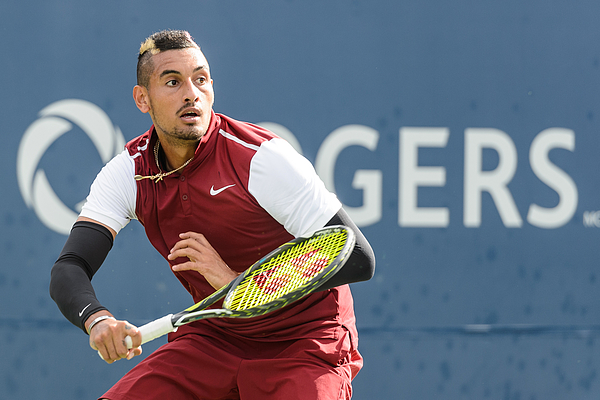 MONTREAL, ON - AUGUST 13: Nick Kyrgios of Australia looks on during his match against John Isner of the USA on day four of the Rogers Cup at Uniprix Stadium on August 13, 2015 in Montreal, Quebec, Canada. John Isner defeated Nick Kyrgios 7-5, 6-3. (Photo by Minas Panagiotakis/Getty Images)