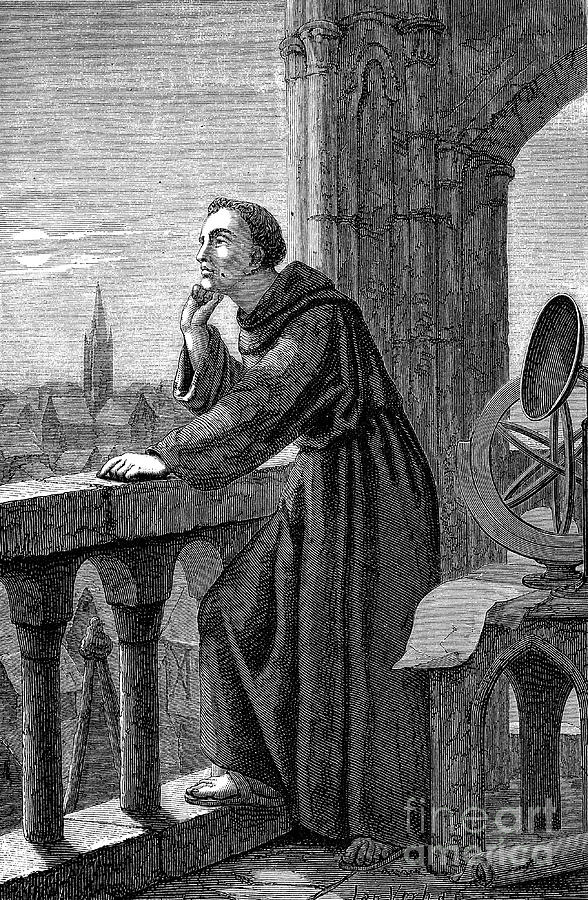 Roger Bacon, English experimental scientist, philosopher and Franciscan friar, 1867. Pictured in his observatory at the Franciscan monastery, Oxford, England. Bacon (c1214-1292) was known as 'Doctor Mirabilis' due to his interest in magic and alchemy, the pursuit of which led ultimately to his being expelled from the Franciscan order. He experimented with optics and lenses, leading to the development of spectacles. (Photo by Ann Ronan Pictures/Print Collector/Getty Images)