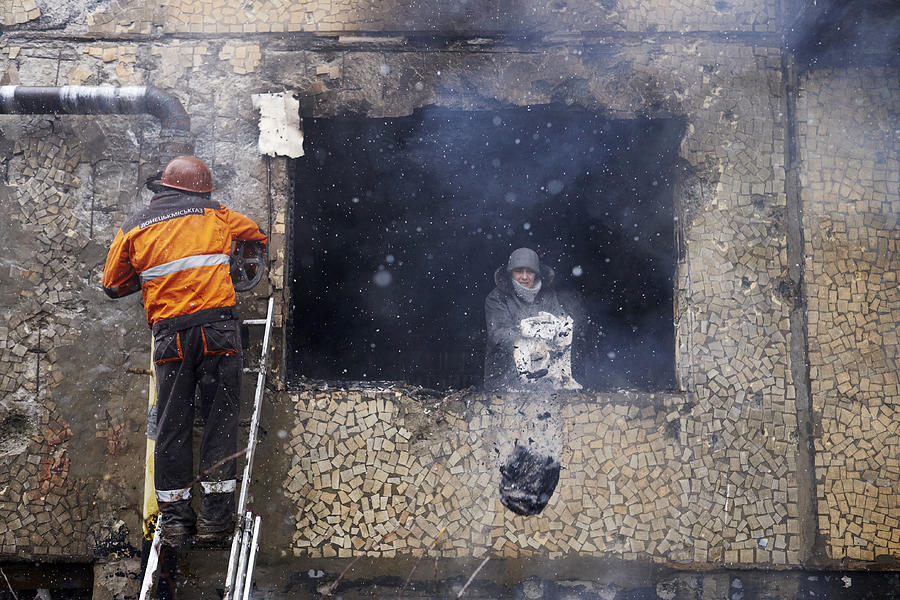 DONETSK, UKRAINE - FEBRUARY 9: A woman cleans out her damaged apartment in the area near a chemical plant which has suffered artillery shellings on February 09, 2015 in Donetsk, Ukraine. A missile exploded overnight on February 8, 2015 near a chemical plant producing weaponry in a northern suburb of Donetsk, causing a large fireball. Four apartments were burned and many others severely damaged. The shelling of the area continued this morning. (Photo by Pierre Crom/Getty Images)