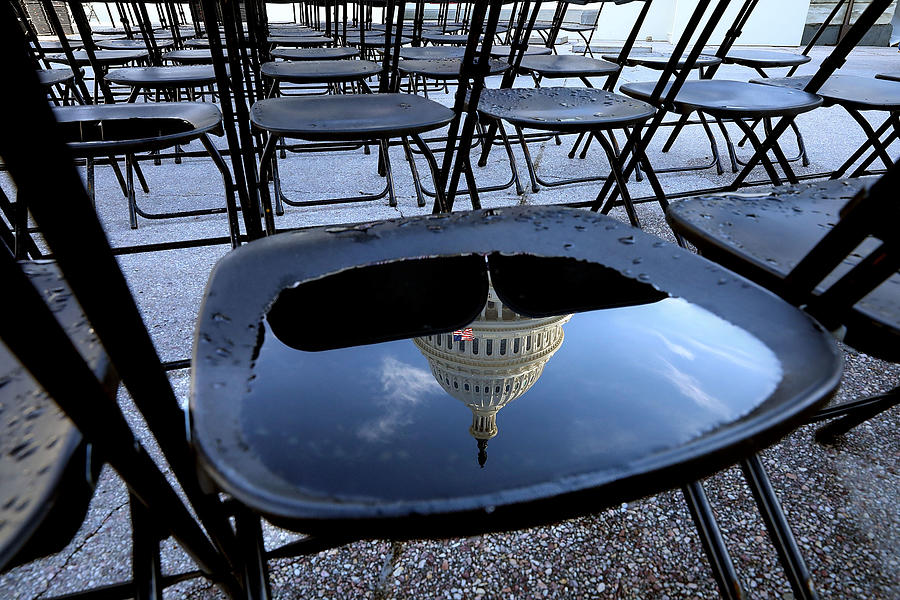 WASHINGTON, DC - JANUARY 15: The U.S. Capitol dome is reflected in water pooled in a folding chair that will used by spectators during a dress rehersal for the presidential inguration ceremony January 15, 2017 in Washington, DC. On January 20 President-elect Donald Trump with be sworn in as the nation's 45th president. (Photo by Chip Somodevilla/Getty Images)