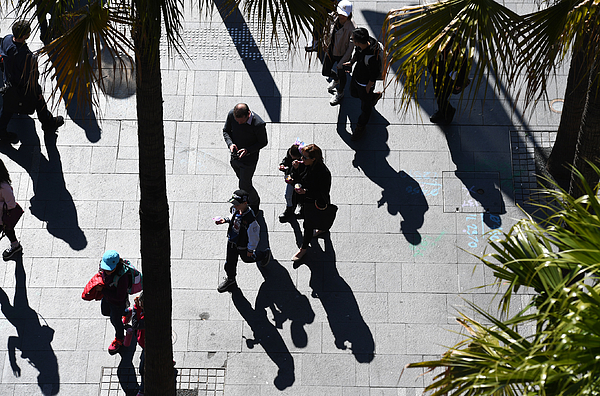 SYDNEY, AUSTRALIA - AUGUST 05: People walking around Circular Quay in the warm winter sunshine on August 5, 2018 in Sydney, Australia. Sydney has had 13 days of at least 20 degrees in the last month, the most for any July, and one more than the previous record of 12 in 2013. Temperatures in the coming week are forecast to remain above 20 degrees, above the August average for Sydney of 17.9 degrees. There is almost no rain forecast. According to the Bureau of Meteorology, most of NSW including Sydney has had its warmest temperatures on record for the first seven months of the year and a large part of the inland is in severe drought. (Photo by James D. Morgan/Getty Images)