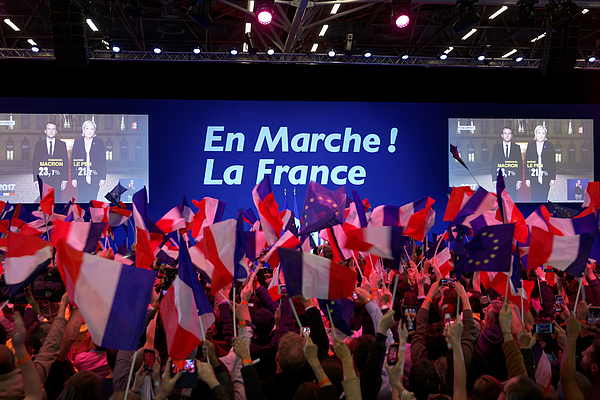 PARIS, FRANCE - APRIL 23: A screen announces the results of the first round of the French Presidential Elections naming Founder and Leader of the political movement 'En Marche !' Emmanuel Macron with 23.7% and National Front Party Leader Marine Le Pen with 22% of the vote at Parc des Expositions Porte de Versailles on April 23, 2017 in Paris, France. Macron and Le Pen will compete in the next round of the French Presidential Elections on May 7 to decide the next President of France. (Photo by Sylvain Lefevre/Getty Images)