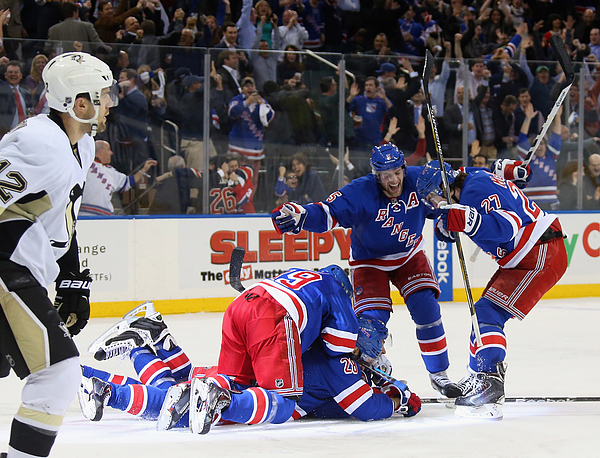 NEW YORK, NY - APRIL 24: The New York Rangers celebrate the game winning goal by Carl Hagelin #62 at 10:52 of overtime against the Pittsburgh Penguins in Game Five of the Eastern Conference Quarterfinals during the 2015 NHL Stanley Cup Playoffs at Madison Square Garden on April 24, 2015 in New York City. The Rangers defeated the Penguins 2-1 to win the series and move on to the next round of the playoffs. (Photo by Bruce Bennett/Getty Images)