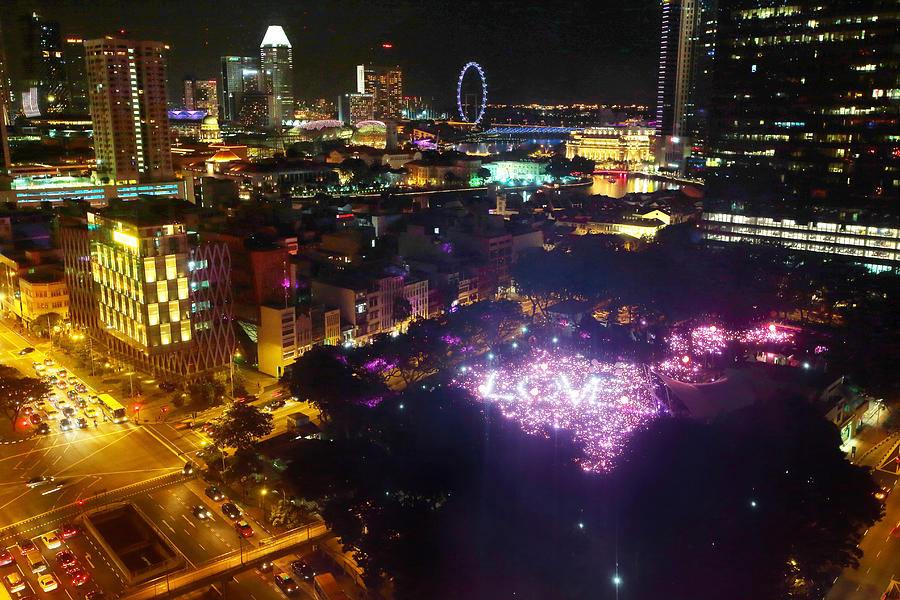 SINGAPORE - JUNE 13: Participants gather to form a giant human pink dot with the 'LOVE' formation during the 'Pink Dot SGÕ event at Hong Lim Park on June 13, 2015 in Singapore. Pink Dot SG is Singapore's annual rally to support the Freedom to Love regardless of sexual orientation or gender identity, entering its seventh consecutive year at Hong Lim Park with this year's Ambassadors, Corporate Sponsors, 2015 Campaign Video, and a fresh line-up for the Pink Dot Concert. Singapore has been shrouded in controversy over its approach to same sex relationships with an all out ban on same sex relationships between men. (Photo by Suhaimi Abdullah/Getty Images)