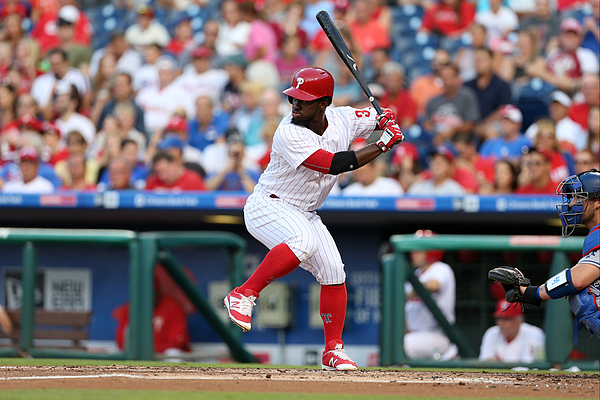 PHILADELPHIA, PA - AUGUST 18: Odubel Herrera #37 of the Philadelphia Phillies bats during the game against the Los Angeles Dodgers at Citizens Bank Park on August 18, 2016 in Philadelphia, PA. The Phillies defeated the Dodgers 5-4. (Photo by Rob Leiter/MLB Photos via Getty Images)