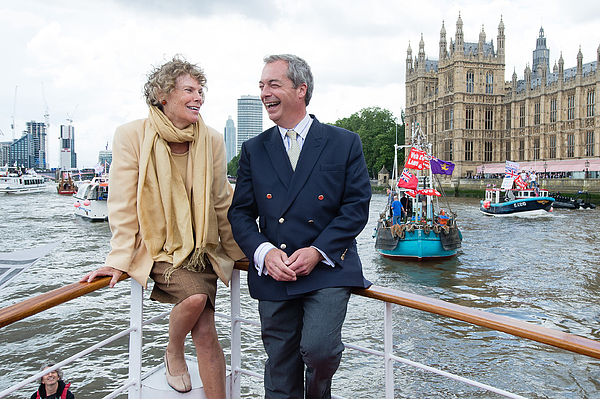 LONDON, ENGLAND - JUNE 15: (L-R) Kate Hoey and Nigel Farage, leader of the UK Independence Party, show their support for the 'Leave' campaign for the upcoming EU Referendum aboard a boat on the River Thames on June 15, 2016 in London, England. Nigel Farage, leader of UKIP, is campaigning for the United Kingdom to leave the European Union in a referendum being held on June 23, 2016. (Photo by Jeff Spicer/Getty Images)