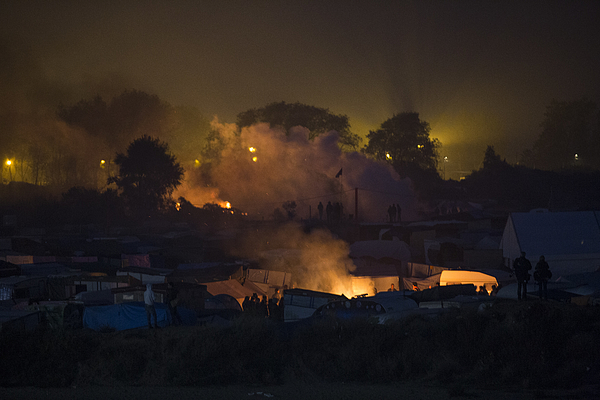 CALAIS, FRANCE - OCTOBER 25: A general view of the 'Jungle' migrant camp as a number of fires rage throughout the camp on October 25, 2016 in Calais, France. Many migrants have left by coach to be relocated at centres across France as police and officials in France begin to clear the 'Jungle' migrant camp in Calais. Some 7,000 people are estimated to be living in the camp in squalid conditions. (Photo by Jack Taylor/Getty Images)