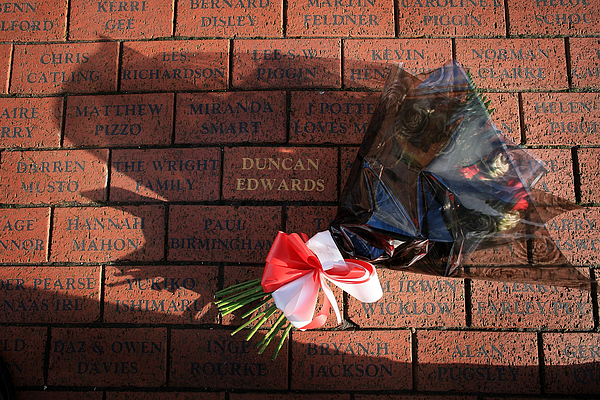 MANCHESTER, UNITED KINGDOM - FEBRUARY 06: A bouquet of flowers lays next to a memorial stone to 'Busby Babe' Duncan Edwards, one of the victims of the the Munich disaster. February 6, 2008, Manchester, England. The club will be holding memorial events later to remember the 23 people who died in an airplane crash at Munich Airport 50 years ago. Eight Manchester United players were among the dead. (Photo by Christopher Furlong/Getty Images)