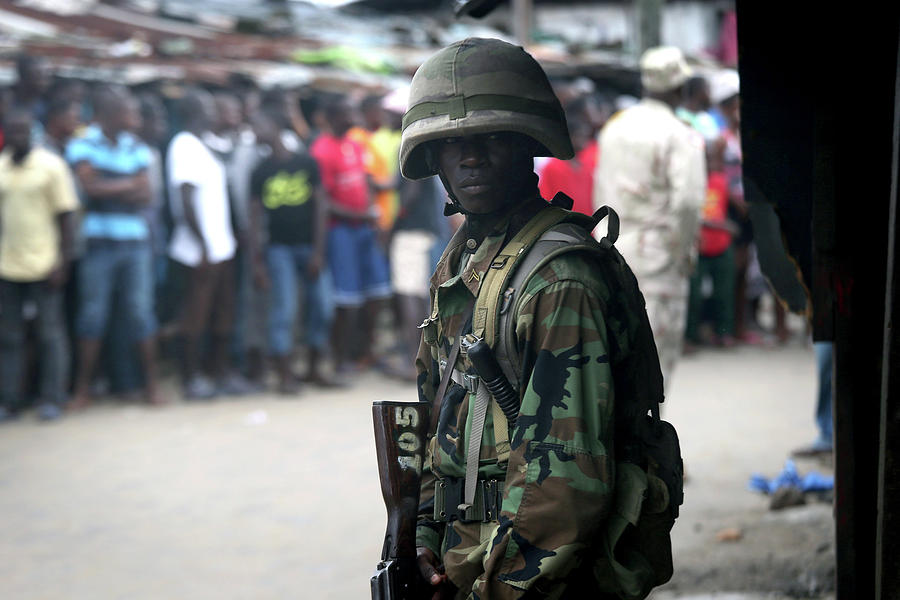 MONROVIA, LIBERIA - AUGUST 20: Members of Liberia's Ebola Task Force enforce a quarantine on the West Point slum on August 20, 2014 in Monrovia, Liberia. The military began enforcing a quarantine on West Point, a congested favela of 75,000, fearing a spread of the Ebola epidemic in the capital city. Liberian soldiers were also sent in to extract West Point Commissioner Miata Flowers and her family members after residents blamed the government for setting up a holding center for suspected Ebola patients in their community. A mob overran and closed the facility on August 16. The Ebola virus has killed more than 1,200 people in four African nations, more in Liberia than any other country. (Photo by John Moore/Getty Images)