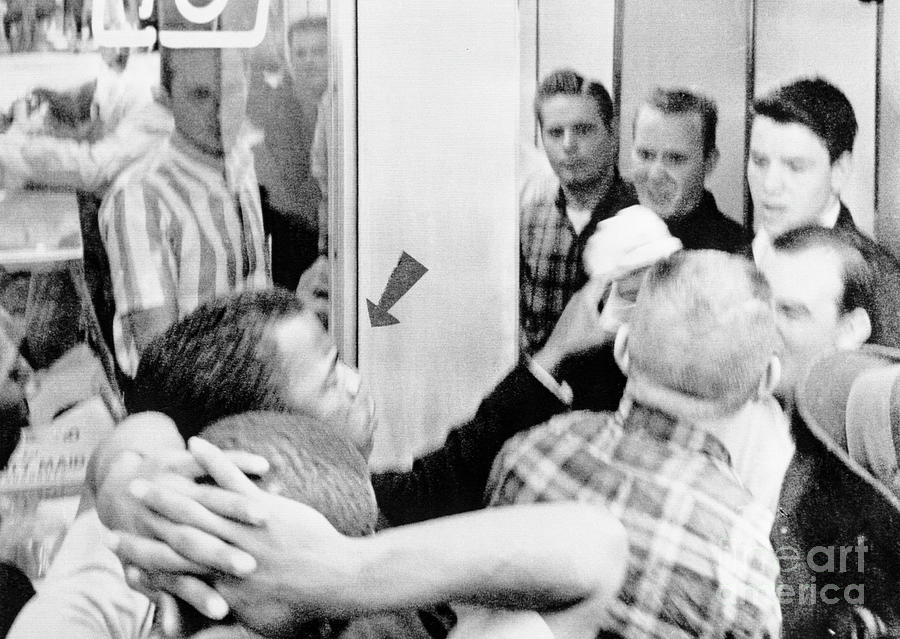 Arrow indicates John Lewis, national chairman of the Student Non-Violent Committee, falling backward after being struck by a white patron of a downtown Nashville restaurant that refused to serve Blacks. Incident occurred after a group of about 50 Black demonstrators began to march and sing in an integration demonstration in front of the restaurant. (Photo by Bettmann Archive/Getty Images)