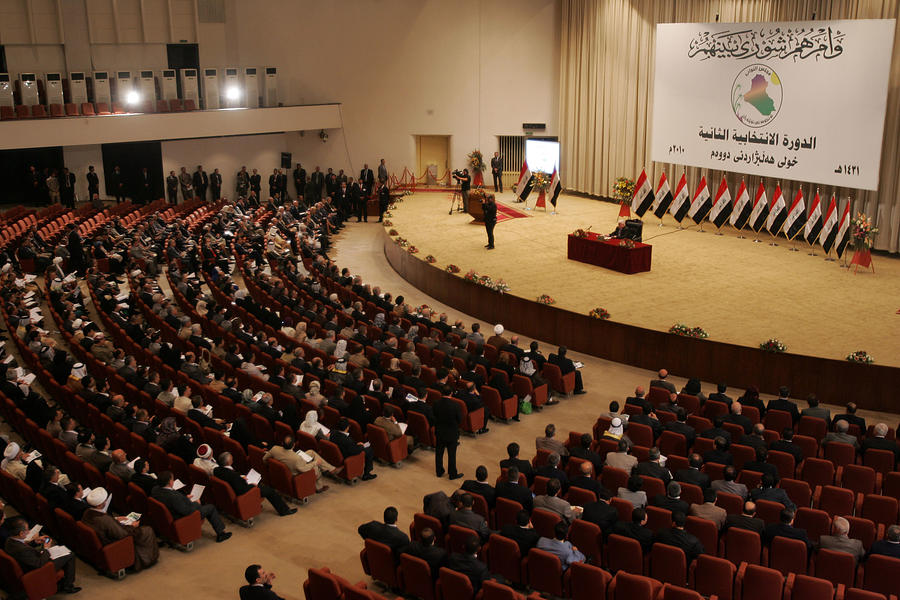 BAGHDAD, IRAQ - JUNE 14: Iraqi lawmakers are seen taking the oath during the first session of the Iraqi Parliament on June 14, 2010 at the Green Zone in Baghdad, Iraq. The Iraqi parliament convened for the first time since elections in March where former Prime Minister Iyad Allawi led Iraqiya, a cross sectarian alliance to the most seats but short of a majority to form government. Incumbent Prime Minister, Nuri al-Maliki is hoping to remain in power by forming a government with other Shi'ite parties, including followers of anti-American cleric Moqtada al-Sadr. (Photo by Muhannad Fala'ah /Getty Images)