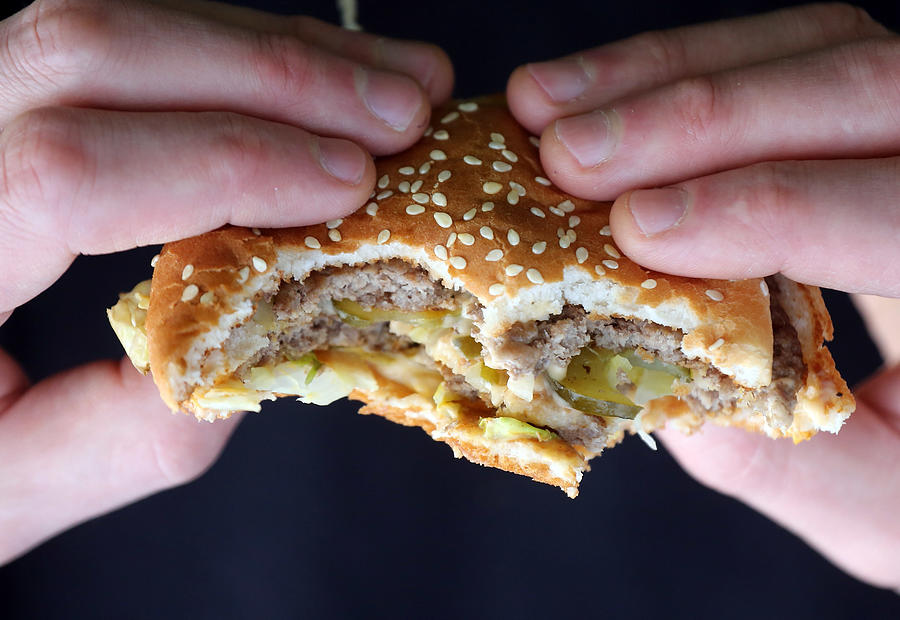 BRISTOL, ENGLAND - JANUARY 07: In this photo-illustration a man holds a burger purchased from a fast food outlet on January 7, 2013 in Bristol, England. A government-backed TV advert - made by Aardman, the creators of Wallace and Gromit - to promote healthy eating in England, is to be shown for the first time later today. England has one of the highest rates of obesity in Europe - costing the NHS 5 billion GDP each year - with currently over 60 percent of adults and a third of 10 and 11 year olds thought to be overweight or obese. (Photo by Matt Cardy/Getty Images)