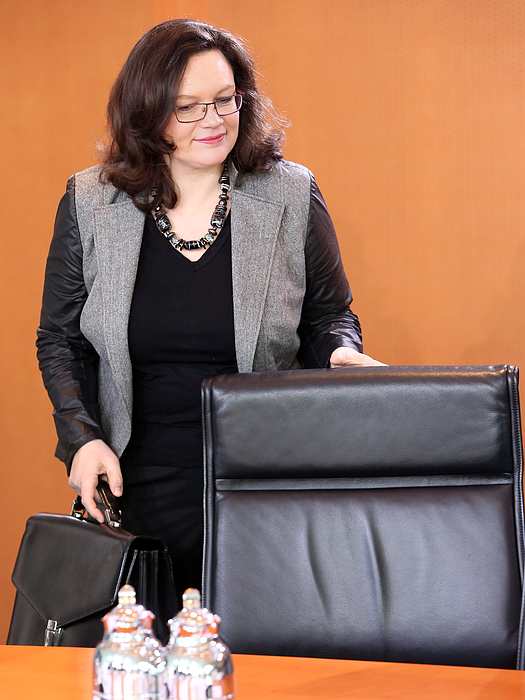 BERLIN, GERMANY - FEBRUARY 26: Minister of Work and Social Issues Andrea Nahles (SPD) arrives for the weekly German federal Cabinet meeting on February 26, 2014 in Berlin, Germany. High on the morning's agenda was discussion of progress made on carrying out the recommendations of a report by the Bundestag in response to shortcomings by law enforcement investigations into the National Socialist Underground (NSU) neo-Nazi murder series, in which nine immigrants and one policewoman between 2000 and 2007 were murdered. (Photo by Adam Berry/Getty Images)