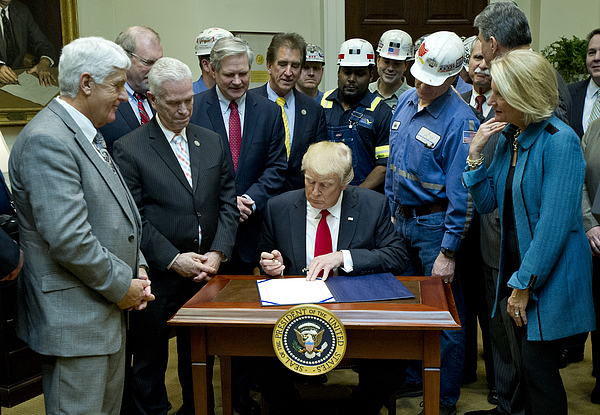 WASHINGTON, DC - FEBRUARY 16: U.S. President Donald Trump signs H.J. Res. 38, disapproving the rule submitted by the US Department of the Interior known as the Stream Protection Rule in the Roosevelt Room of the White House on February 16, 2017 in Washington, DC. The Department of Interior's Stream Protection Rule, which was signed during the final month of the Obama administration, "addresses the impacts of surface coal mining operations on surface water, groundwater, and the productivity of mining operation sites," according to the Congress.gov summary of the resolution. (Photo by Ron Sachs-Pool/Getty Images)