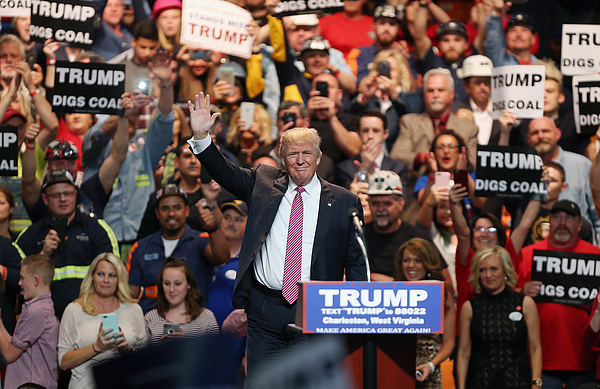 CHARLESTON, WV - MAY 05: Republican Presidential candidate Donald Trump waves to the crowd as he arrives for his rally at the Charleston Civic Center on May 5, 2016 in Charleston, West Virginia. Trump became the Republican presumptive nominee following his landslide win in indiana on Tuesday.(Photo by Mark Lyons/Getty Images)