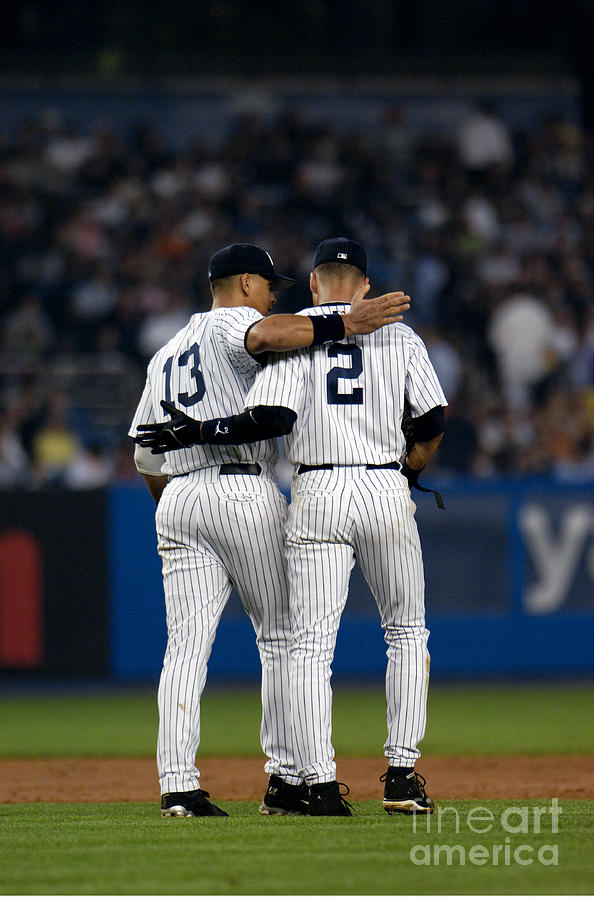 New York Yankees' third baseman Alex Rodriguez congratulates shortstop Derek Jeter after Jeter hit an infield single for his 2,000th career hit in the fourth inning of a game against the Kansas City Royals at Yankee Stadium. Jeter is now the eighth player in Yankees' history to reach that milestone. The Royals won the game, 7-6, after a rain delay in the ninth. (Photo By: James Keivom/NY Daily News via Getty Images)