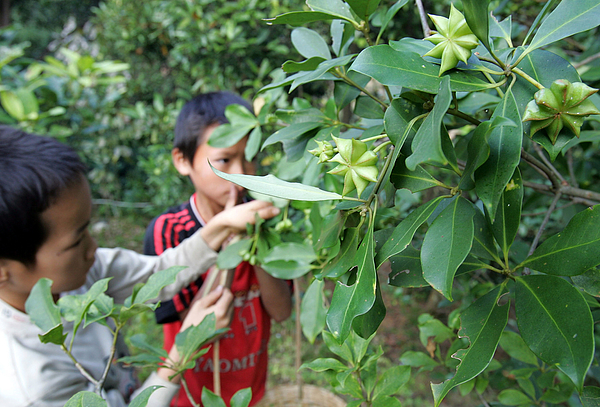 LUODING, CHINA - NOVEMBER 26: (CHINA OUT) Chinese children harvest star anise seeds at Tanbin Township, on November 26, 2005 in Luoding of Guangdong Province, China. Tamiflu, which made by Swiss drug giant Roche to be used to combat the bird flu virus, is formed using an acid, which is produced through several chemical steps from the star anise seeds. According to state media, the export of star anise in China has been skyrocketing due to the growing fear of human infection of bird flu. Statistics provided by the Huangpu Customs in Guangzhou showed the star anise exported via the port totaled 278 tons in October. (Photo by China Photos/Getty Images)