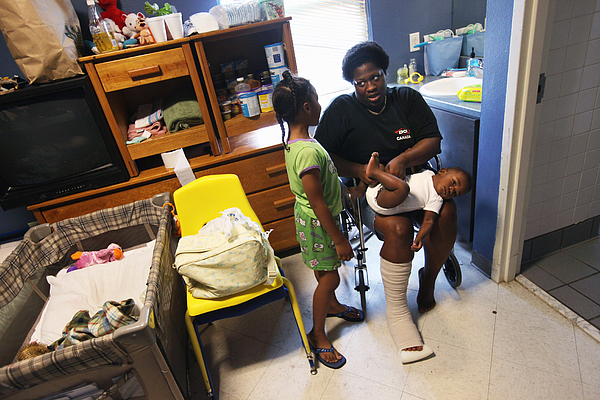 FT. WORTH - JUNE 19: Li Tina Cross finishes changing her son De Rylon Davis' diaper while talking with her daughter T-Kyler Davis at the Presbyterian Night Shelter on June 19, 2009 in Ft. Worth, Texas. Cross said she lost her home while serving a six-month prison sentence and moved into the homeless shelter with her three childen after getting out. The National Center on Family Homelessness reported this year that Texas has the largest number of homeless children in the nation with more than 337,000 children living without permanent housing. (Photo by John Moore/Getty Images)