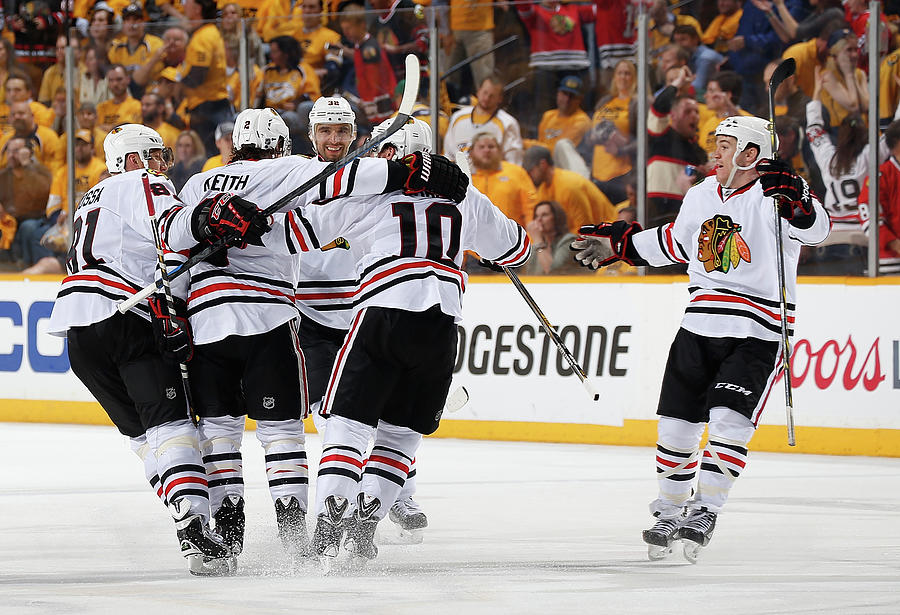 NASHVILLE, TN - APRIL 15: Duncan Keith #2 celebrates his game winning goal with Marian Hossa #81 and Patrick Sharp #10 of the Chicago Blackhawks against the Nashville Predators in the second overtime of Game One of the Western Conference Quarterfinals during the 2015 NHL Stanley Cup Playoffs at Bridgestone Arena on April 15, 2015 in Nashville, Tennessee. (Photo by John Russell/NHLI via Getty Images)