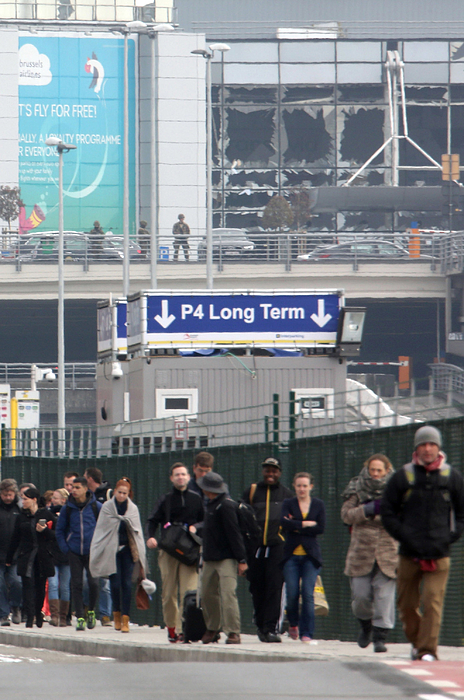 BRUSSELS, BELGIUM - MARCH 22: Passengers are evacuated from Zaventem Bruxelles International Airport after a terrorist attack on March 22, 2016 in Brussels, Belgium. At least 13 people are though to have been killed after Brussels airport was hit by two explosions whilst a Metro station was also targeted. The attacks come just days after a key suspect in the Paris attacks, Salah Abdeslam, was captured in Brussels. (Photo by Sylvain Lefevre/Getty Images)