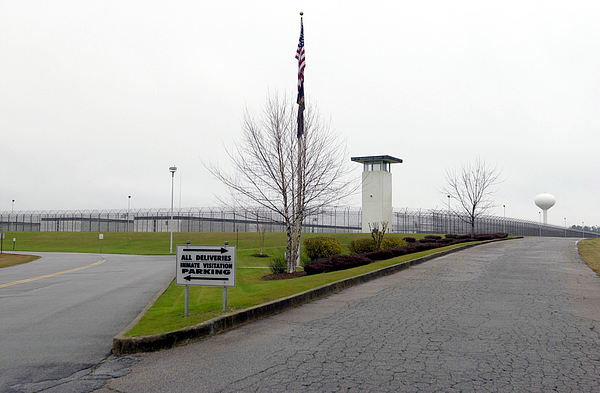 402222 05: A sign stands outside the Georgia Diagnostic Prison March 12, 2002 in Jackson, GA. British national Tracy Housel was executed by lethal injection March 12 at the prison. Housel, who was born in Bermuda and holds US and British citizenship, was given the death penalty for the 1985 murder of a female hitchiker in Gwinnett County. Despite pleas by members of the British government, state officials refused to commute his sentence. (Photo by Erik S. Lesser/Getty Images)