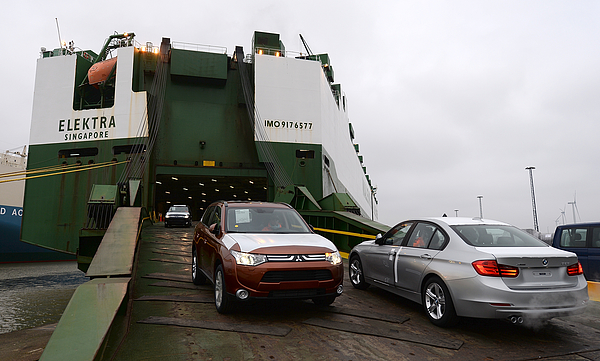 BREMERHAVEN, GERMANY - JANUARY 22: A BMW car (right) destined for export overseas is loaded onto ship on January 22, 2014 in Bremerhaven, Germany while Mitsubishi car produced in Japan is leaving the vessel. Bremerhaven is Europe's biggest port for car exports, with over 2.1 million cars having passed through in 2013. Much of the German economy relies on exports, a fact criticized by the U.S. and other governments, who argue that stronger German domestic demand would help a global economic recovery. (Photo by David Hecker/Getty Images)