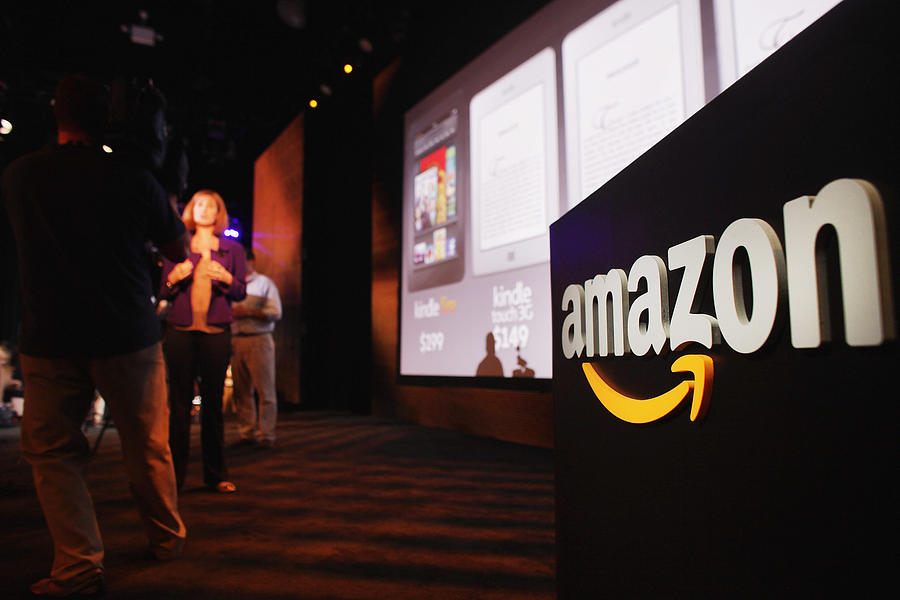 NEW YORK, NY - SEPTEMBER 28: Members of the media cover the launch of the new Amazon tablet called the Kindle Fire on September 28, 2011 in New York City. The Fire, which will be priced at $199, is an expanded version of the company’s Kindle e-reader that has 8GB of storage and WiFi. The Fire gives users access to streaming video, as well as e-books, apps and music, and has a Web browser. In addition to the Fire, Bezos introduced four new Kindles including a Kindle touch model. (Photo by Spencer Platt/Getty Images)