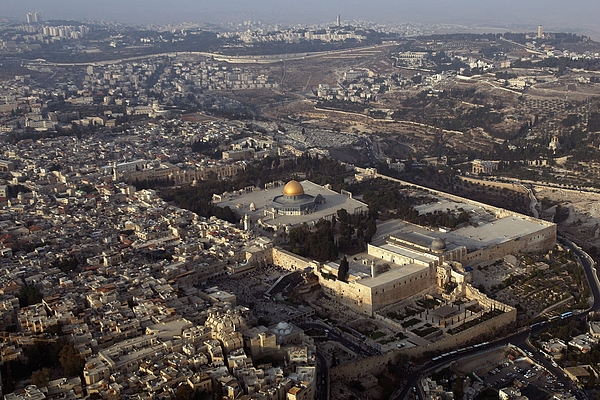 JERUSALEM - OCTOBER 02: The Temple Mount, known to Muslims as el-Harem al-Sharif with it's golden Dome of the Rock Islamic shrine and lead-domed al-Aqsa mosque, dominates October 2, 2007 this aerial view of the Old City of Jerusalem. (Photo by David Silverman/Getty Images)