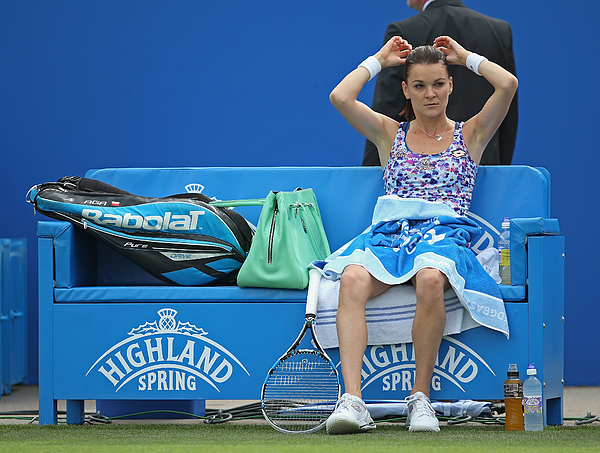 BIRMINGHAM, ENGLAND - JUNE 15: Agnieszka Radwanska of Poland adjusts her hair during a change of ends during her women's singles first round match against CoCo Vandeweghe of United States on day three of the WTA Aegon Classic at Edgbaston Priory Club on June 15, 2016 in Birmingham, England. (Photo by Steve Bardens/Getty Images for LTA)