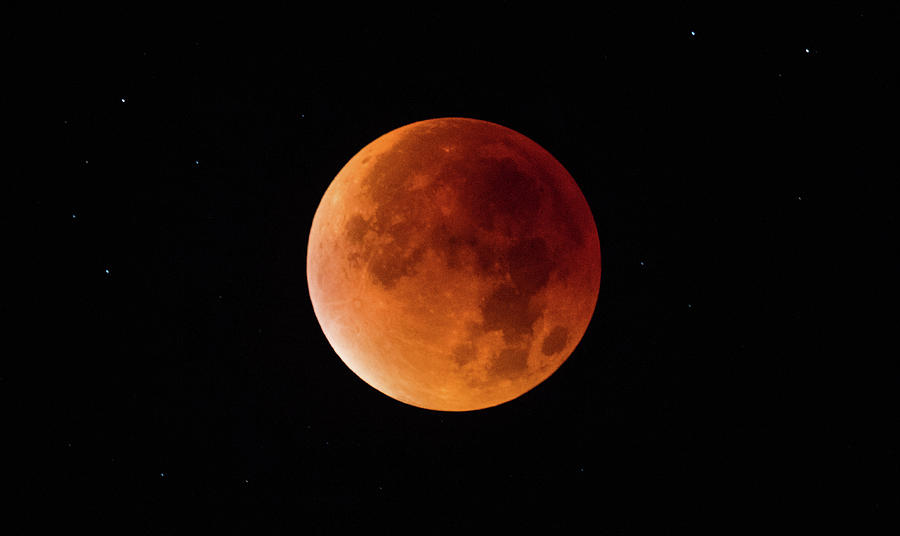 GLASTONBURY, UNITED KINGDOM - SEPTEMBER 28: The moon enters the maximum eclipse on September 28, 2015 in Glastonbury, England. Tonight's supermoon - so called because it is the closest full moon to the Earth this year - is particularly rare as it coincides with a lunar eclipse, a combination that has not happened since 1982 and won't happen again until 2033. (Photo by Matt Cardy/Getty Images)