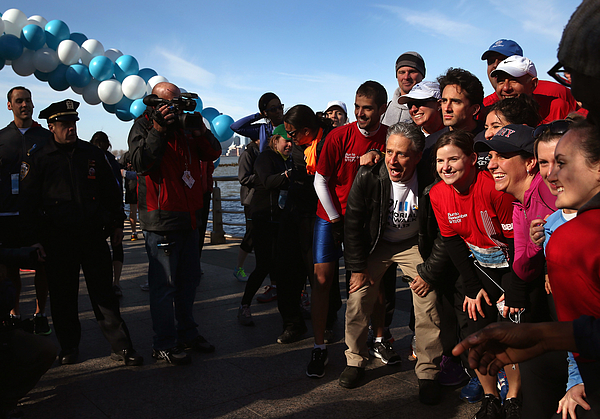 NEW YORK, NY - APRIL 21: Daily Show host and comedian Jon Stewart poses for photos with runners ahead of the 9/11 Memorial 5K Run/Walk on April 21, 2013 in New York City. Security was tight for the race, as has been the case in large scale events around the country since the Boston Marathon bombings. April 21 marks the anniversary that President Barack Obama signed into law legislation making 9/11 a day of service and volunteerism in memory of the victims of the 2001 attacks. (Photo by John Moore/Getty Images)

There are no comments for 9/11 Memorial Memorial Run And Walk Held In New York Amid Increased Security In Boston Aftermath.   Click here to post the first comment.