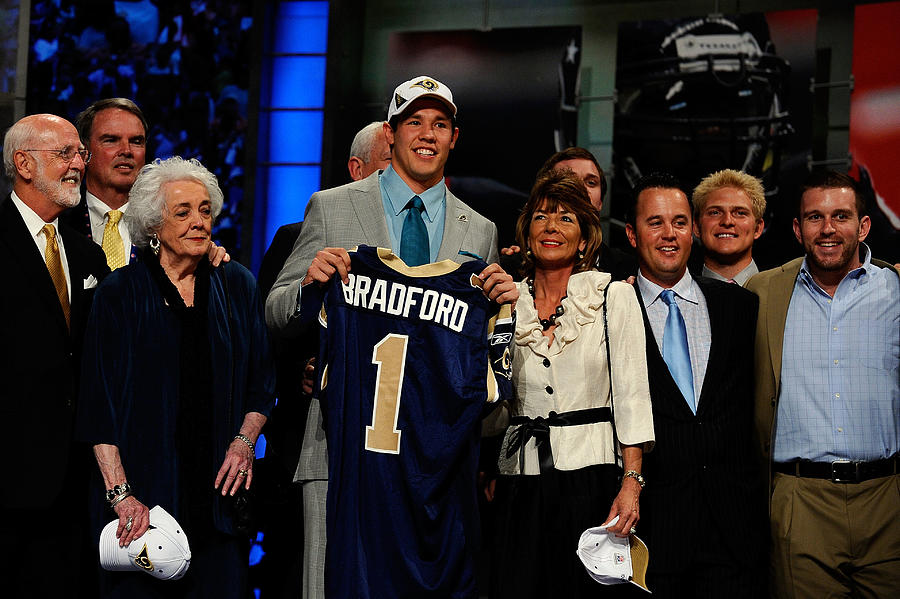 NEW YORK - APRIL 22: Quarterback Sam Bradford(C) of the St. Louis Rams poses with family members and friends after he was selected number 1 overall out of the University of Oklahoma Sooners by the Rams during the first round of the 2010 NFL Draft at Radio City Music Hall on April 22, 2010 in New York City. (Photo by Jeff Zelevansky/Getty Images)