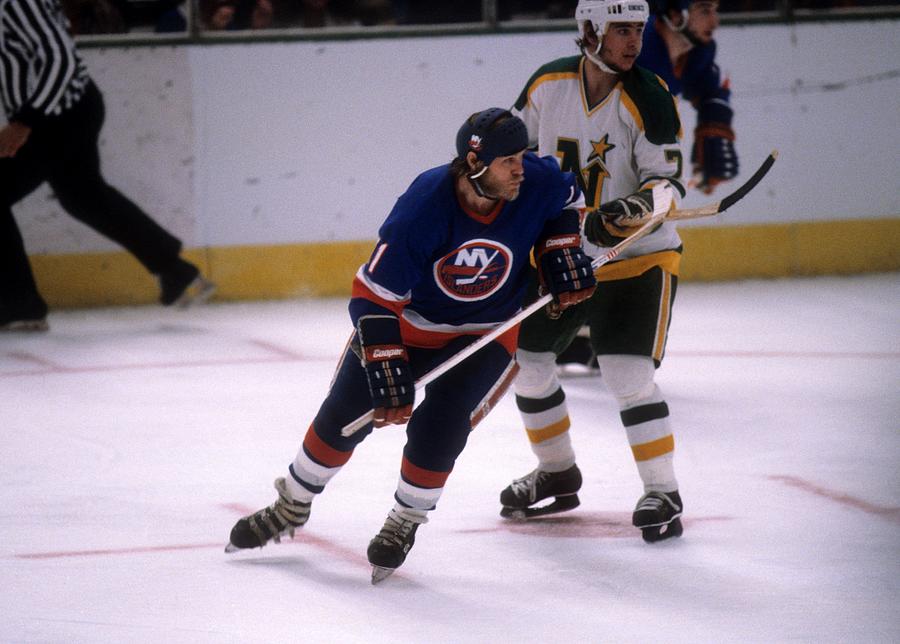 BLOOMINGTON, MN - MAY, 1981: Butch Goring #91 of the New York Islanders skates on the ice as Neal Broten #7 of the Minnesota North Stars follows behind during the 1981 Stanley Cup Finals in May, 1981 at the Metropolitan Sports Center in Bloomington, Minnesota. (Photo by B Bennett/Getty Images)